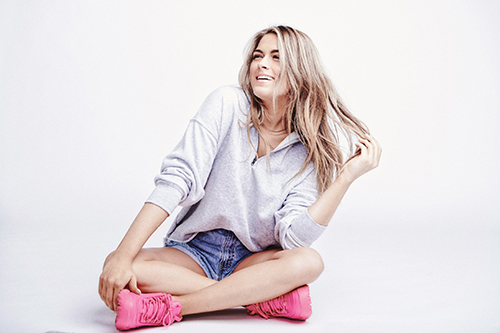 Can I have it? Can I have it!?!” begged Alana, then seven years old, when her grandfather brought a beautiful classical guitar in from his garage for Alana to play with. Three years later she was performing the National Anthem for the Chicago Cubs at historic Wrigley Field. Before she knew it, Alana was writing songs in Nashville with Kristian Bush of Sugarland, and even performed their smash hit song, “Baby Girl,” on stage with the band in her hometown of Virginia Beach at the age of 11. In 2018, Alana caught the attention of renowned Nashville producer Luke Wooten and signed to his publishing company, Warehouse West Entertainment. Alana Springsteen's debut EP and latest single Feel Better are now available on all streaming platforms. She has received playlisting support on Spotify's New Boots, Wild Country, Breakout Country, and Pop-Co playlists. She has also been featured on Apple Music's Best of the Week, Breaking Country, Breaking Pop, and Cool Country playlists. She recently spent the summer and fall on tour opening up for artists like Josh Turner and Filmore nationwide. Alana is currently in the studio recording more new music set to release this spring.